Find a store
For The Rider

All Pads & Squares
Jumping
Dressage
All Purpose
Half Pads
Thinline

All Horses & Ponies For Sale

All Trucks, Floats & Goosenecks For Sale

How To Create A Listing

Instructions - How To Create A Listing

How To Create A Listing

Instructions - How To Create A Listing 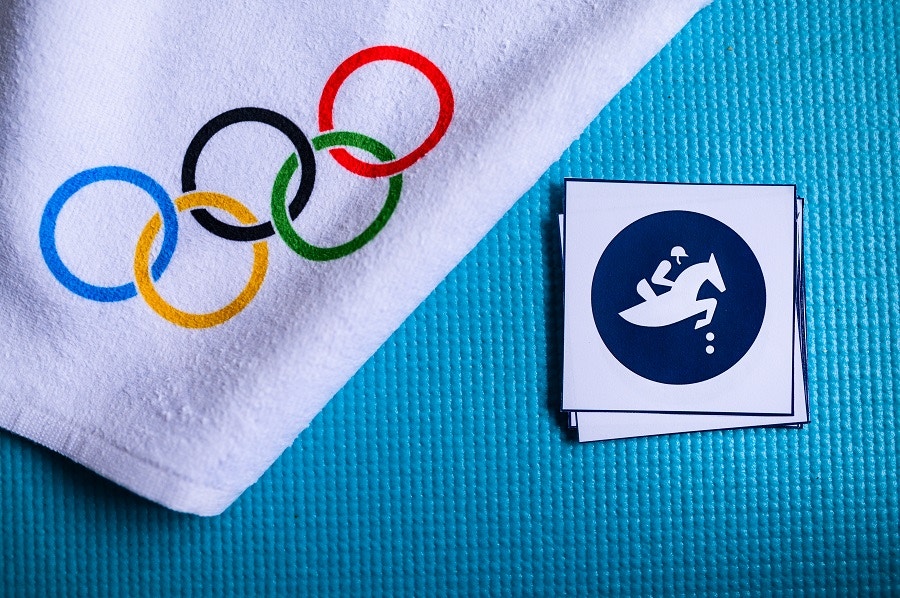 Equestrian events are now one of the most popular sports at the Summer Olympic Games. Both enthusiasts and people who don't know much about these disciplines can enjoy this harmonious competition that brings the horse and rider together. It's also one of the two Olympic sports where women compete with men equally.

How Did Equestrian Become a Part of the Summer Olympic Games?

The Olympic history of equestrian goes back to the 19th century where there was an increase in enthusiasm for the sport worldwide. There was also a surging interest in the idea of the Olympic Games.

After several small-scale sports festivals in Europe, Pierre de Coubertin created the concept of an international multi-sport event. He founded the International Olympic Committee (IOC) alongside Demetrios Vikelas, and afterward, Athens successfully held the first Olympic Games in April 1896, housing over 80,000 spectators in the opening ceremony. 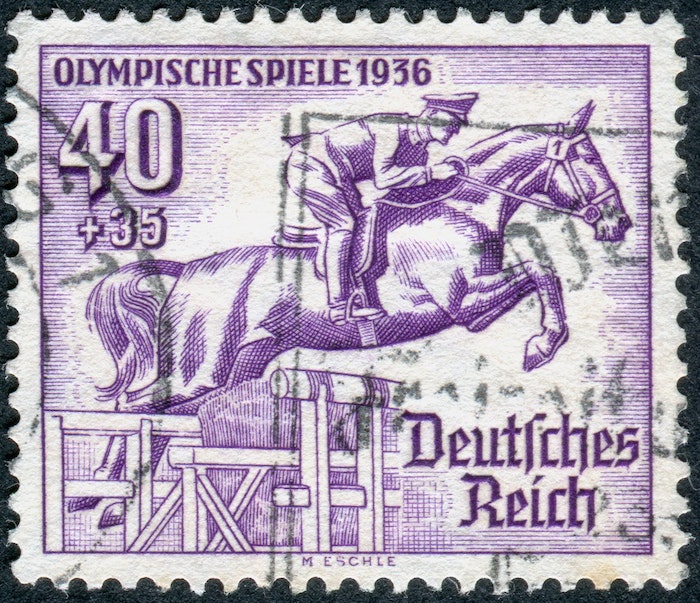 Four years later, in Paris, the IOC extended the previous nine sports to 19, including equestrian events such as Jumping, High Jump, Long Jump, and Mail Coach.

These events took place on May 29, where Haegeman, from Belgium, won the Jumping gold medal, as did his compatriot van Langhendonck for Long Jump.

The equestrian events came back in 1912 in Sweden, Stockholm, where Count Clarence, an IOC member, ensured that the sport would become a vital part of the event. It included the now regular equestrian disciplines of Dressage, Eventing, and Jumping.

The French Jean Cariou won the first gold medal for Jumping, but Sweden secured the team gold ahead of Germany and France. In Dressage, the hosting country took the entire podium.

Furthermore, the Swede Axel Nordlander won both the individual and team Eventing gold, and Germany took silver ahead of the United States. The equestrian sport was undoubtedly a success, and it started to frequent the Olympic Games ever since.

How Many Olympic Equestrian Events Are There?

The current equestrian events held at the Games are Dressage, Eventing, and Jumping. For each discipline, the Committee awards individual and team medals, and men and women compete on the same terms. These events have been held regularly since the 1912 Games in Stockholm.

Check out the video below on the history:

It demands the most experience out of all the competitions and covers every essential aspect of horsemanship. The competitions are either done in a single day or spread over three days.

Many studies took place since Atlanta 1996 to examine the effects of humidity and heat on horses who take part in equestrian Olympic Events. This information serves as a great resource for many amateur equestrians around the world who face unfavorable climates.

Up until 1948, only men could take part in the Olympics as only military officers were allowed. The restriction was lifted in the Helsinki Olympic Games of 1952.

The rules allowed both civilians and women to contend with men in every equestrian event. In that year, Lis Hartel, a participating woman, competed and won a silver medal in Dressage.

Dressage is an equestrian sport that the Fédération Equestre Internationale (FEI) describes as the highest expression of horse training and elegance.

The team event is the same as the individual, but the three participating rider's scores are combined. This competition consists of a series of tests evaluating an exact sequence of movements with gradually increasing difficulty. The most accomplished riders execute FEI tests.

Dressage has an interesting history that laid the foundation for all the other equestrian sports in the Olympic Games. The ancient Greeks first developed Dressage as a means to test and train horses for war.

They considered that full cooperation between the horse and rider was required, as the ability to stride, change direction, and burst into a gallop were vital skills.

Once Ancient Greece fell into decline, people soon forgot the art of riding until it was brought back again during the Renaissance. Classical Dressage hit its pinnacle during the 18th century with the establishment of the Spanish Riding School in 1729 in Vienna. This school laid the foundation of the modern equestrian discipline by introducing freestyle.

This introduction of a musical freestyle test was recent. It made its first appearance in the Olympic Competition of Atlanta, 1996, where Australia's Eventing team won its second consecutive gold medal. Freestyle is the best form of Dressage. When riders execute it correctly, the result is majestic.

This is one of the phases of the three-day Eventing. It's an endurance test that tests the stamina and jumping ability of the horses in a cross-country course.

The event also demonstrates the riders' experience and knowledge of pace. It also requires the pair of competitors to be in excellent shape and to trust each other. Riders have to overcome up to 40 various obstacles spread between 5700 and 6800m at the higher levels.

Show Jumping is both the final phase of the Eventing competition and an individual event. In the Olympics, every rider participates in both of them throughout five rounds. The team event has a maximum of four riders and precedes the individual final.

This equestrian event first came to be once people started to raise fences in the British countryside. These fences led fox hunters to train horses who could leap over these obstacles. However, the event itself was introduced after England's Enclosure Acts introduction in the 18th century.

Federico Capilli, the father of modern riding, revolutionized the current jumping technique by adopting a natural forward sitting position. Before, riders leaned back and pulled the horses' reins when leaping over a fence, but it was an uncomfortable technique for the horses.

Not much has changed about this event over the years besides a gradual shortening of the track length. The three-day Eventing team phase and Show Jumping follow the same format, course, and scoring system in the Olympics.

Maybe some combinations used a Lemieux saddle pad during the recent Tokyo 2021 competition?

There were another five discontinued disciplines in the Summer Olympic Games. In the Paris Games in 1900, there were four events: High Jump, Long Jump, Mail Coach, and Mixed Hacks and Hunters Combined. Vaulting also made only one appearance in the 1920 Belgium Olympics.

Who Is the Greatest Equestrian of All Time?

The highest-ranked equestrian at the Olympic Games is Isabell Werth, a German horse rider. Between 1992 and 2016, she won four silver medals and six gold.

Check out our article on the best jumping saddles in Australia 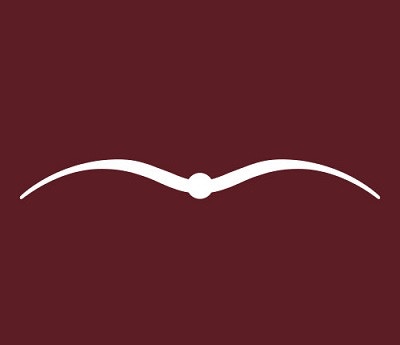 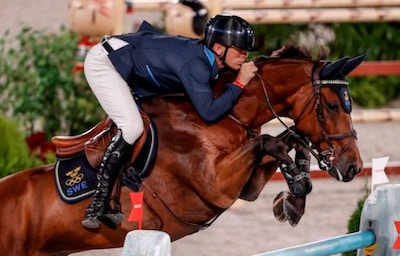 You Can Win A Showjumping Gold Medal Barefoot? 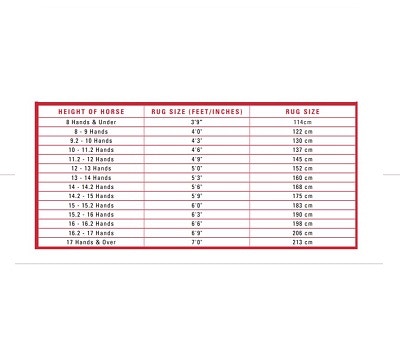 What To Consider When Buying A New Horse Rug